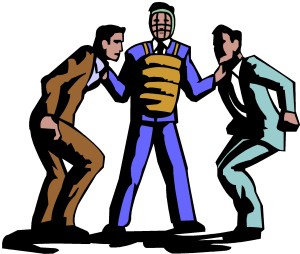 The Double Quick v. Ronnie Lee Lymas case  has the potential to impact pending litigation in a way that resembles John Grisham’s  fictional Pelican Brief case. Ronnie Lee Lymas was attacked while on the premises of a Double Quick store in Humphreys County, Mississippi.  As a result of the attack, Mr. Lymas sustained severe injuries and filed suit against Double Quick.  A Humphreys County jury subsequently awarded Mr. Lymas the sum of $4,179,350.49.  The award was subsequently reduced to $1,679,717.00 by Circuit Judge Janie Lewis.  Judge Lewis threw out all  non-compensatory damages in excess of $1,000,000 in accordance with Section 11-1-60 of the Mississippi Code.

Mississippi enacted sweeping tort reform in 2004.  The tort reform included non-compensatory damages caps pursuant to Section 11-1-60 (2).  Mr. Lymas contends that the damage caps violate the Mississippi Constitution and the United States Constitution.   Mr. Lymas claims that the statute violates his  constitutional right to trial by jury, the Separation of Powers clause and the Open Courts clause.  According to Double Quick, the section  does not violate any constitutional right and is a valid exercise of the legislature’s authority.

Appellate courts occasionally render  decisions which define the ideological view of the Court.  The Double Quick, Inc. v. Ronnie Lee Lymas case is an opportunity for the Mississippi Supreme Court to render such a decision.

This decade has seen a complete shift in Mississippi’s litigation environment.  Mississippi moved from having one of the most active court systems to having a dramatically slowed down court system.  Many believe this shift was caused by the Mississippi Supreme Court. At the beginning of the decade, the Mississippi Supreme Court was seen as indifferent to the business Defendant but  friendly to Plaintiffs.  The Court is now viewed by many as friendly to business Defendants but hostile and/or indifferent to the individual Plaintiff.

The View of The Plaintiff’s Bar: This is an Opportunity to Level The Playing Field:

Members of the Plaintiff’s Bar believe this case represents an opportunity for the Mississippi Supreme Court to level the playing field.    My discussions with members of the Plaintiff’s Bar reveal that they believe that allowing juries to retain the right to make non-compensatory damage awards is the only way to insure that Plaintiffs will be fairly compensated for their damages.  Plaintiffs’ lawyers argue that pre-tort reform limits on the reasonableness of damage awards are satisfactory to protect Defendants.  Plaintiff’s believe the Mississippi Constitution requires the Courts to trust the juries.

The View of the Defense Bar: The Playing Field Is Already Level:

Members of the Defense Bar generally believe that Plaintiffs enjoyed a pre-tort reform advantage in the courts.  They believe that the playing field was leveled with the adoption of tort reform and that The Lymas case threatens the economic progress Mississippi has made. Their clients believe this  case represents an opportunity for the Mississippi Supreme Court to demonstrate a commitment to a business friendly climate in Mississippi.  Clients of the Defense Bar are likely to follow this case closely.

Briefing is almost complete.  The Court may order oral argument in the case.  The appeal may ultimately be decided based upon issues other than the constitutional issues. The case may be settled while on appeal.  In any event, the future of this case is uncertain.

Lawyers on both sides of the isle have a lot at stake in this case.  Some Mississippi defense lawyers complain that they are out of work because new lawsuits are not being filed.  Members of the Plaintiffs’ Bar say they refuse to file new lawsuits because they believe the Court is unfairly taking away their judgments on appeal.  Plaintiffs, Defendants and the Mississippi Supreme Court are caught in the middle.

Mississippi didn’t make the list this year.  Mississippi was placed on a separate “watch” list.  According to the ATRA, a defendant can’t get a fair trial in these jurisdictions because of systematic failures in the judiciary and/or pre-existing bias in the local jury pool.  The American Association for Justice (AAJ) 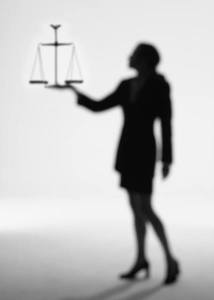 quickly responded to the list by attacking the credibility of ATRA and referring to the list as a “debunked and recycled” report funded by insurance companies, tobacco companies and drug companies.

The ATRA report and the AAJ response are interesting.  After reviewing these documents, I concluded that these groups are unlikely to  find common ground.  I’ve tried cases in some of the “dangerous”  jurisdictions.  Regardless of the views of ATRA or AAJ, those of us who consider ourselves true litigators will continue to fearlessly represent our clients regardless of the location.   Good luck at trial. 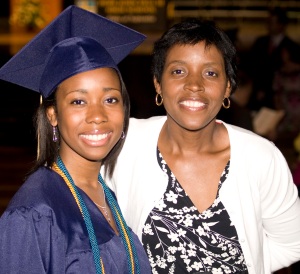 Many female attorneys have difficulty juggling time between their work schedule and taking care of their family at home.  Some have had to choose between their practice and taking time off to raise young children.  Others have chosen a compromise by practicing law part time and spending more time at home with their families.  Part-time employment is often difficult to find.  The lack of sufficient part-time opportunities is especially disappointing in the current economic climate.

Carla Fox is  a Nashville attorney and mother of three.  She is a graduate of Mississippi State University and the University of Tennessee Law School.  Her resume reveals an impressive background, including law review membership and past work at a top notch law firm.  However, after the birth of her children, she decided that the demands of a full time law practice prevented her from spending as much time as she needed to spend with her children.  Attorney Fox chose to leave the big firm practice, home school her children during the critical early years and seek part time work.  Her choice paid off.  Her oldest daughter, Ashley, recently graduated from high school with high honors and is pursuing her own higher education.  Ashley’s siblings are working hard on the same path.  Attorney Fox was able to maintain a balance between her law practice and her family life by successfully maintaining a part time corporate law practice advising clients on business and transactional matters.  Attorney Fox is fortunate.  Statistics show that few mothers have had the opportunity to work part time on corporate matters.  According to a recent article in the National Law Journal that was recently posted on Law.Com, the Project for Attorney Retention is trying to change that.

The Project for Attorney Retention (PAR) has started an initiative called the Diversity and Flexibility Connection.  The goal of the initiative is to encourage legal departments and law firms to support flexible work schedules and provide more opportunities for female attorneys and others who need flexible work schedules.  The initiative seeks more than just window dressing.  The initiative seeks not only to improve opportunities but to also insure that these employees are given meaningful work and important roles in their firms.  Corporate participants in the initiative include Wal-Mart, Shell Oil, Macy’s and others.   Law firm participants in the initiative include Sonnenschein Nath & Rosenthal, Morrison & Foerster, Sidley Austin and others.

The Diversity and Flexibility Connection is a worthwhile initiative.  Hopefully, it will jump start similar efforts by other corporations and law firms.  One shouldn’t have to choose between a fulfilling professional life or a fulfilling family life.

I recently learned about the Corporate Counsel Women of Color  (CCWC) .   It is the brainchild of Laurie Nicole Robinson.   Ms. Robinson is a distinguished graduate of North Carolina Central University and the Indiana University School of Law at Bloomington.  She is an author, public speaker and accomplished attorney.  She currently serves as Vice President and Assistant General Counsel of CBS Corporation.   As a female attorney of color, Ms. Robinson understands the challenges they face in the legal profession.  Ms. Robinson founded CCWC to promote diversity in the legal profession by helping women of color successfully handle obstacles to inclusion.

The  non-profit corporation has grown from a vision in the mind of Laurie Nicole Robinson to an international organization with over 2400 members.  The membership consists of female attorneys of color who primarily work for Fortune 1000 and Forbes 2000 corporate legal departments.  Members include attorneys from the United States, Canada, Asia, Africa and Europe.  The roster of companies represented in CCWC’s membership ranks is very impressive.

This organization is a jewel.  It’s goals are impressive.  It’s founder is impressive.  It’s membership is impressive.  CCWC is proof of what can be accomplished when determined individuals work together for a common goal.  Each member of the organization is an individual who has demonstrated that they have the ability to succeed on a difficult playing field.  I plan to promote CCWC   because it’s continued success will insure that diversity remains a core value in Corporate America.   As an attorney and the proud father of a female attorney, I support CCWC.    I urge you to pass the word about this group.   The group has 2010 meetings scheduled for Dubai, Singapore and New York City.

Kudos to Laurie Nicole Robinson and the Corporate Counsel Women of Color.

The American Bar Association (ABA) established a program in 1998 to encourage corporations to retain minority lawyers.   Initially called the Minority Counsel Demonstration Program, it is now known as the Minority Counsel Program (MCP).  The goal of the program has grown to include the promotion of diversity in the legal profession through education and promoting relationships between corporations and lawyers who are ethnically and racially diverse.

Until recently, membership fees for the program were fixed and expensive.   Member firms had to fork over a hefty $2500 fee to join the program.  This limited the number of participating firms.  One of best changes to the program is the creation of a new staggered fee structure.   The new fee structure is based on the size of the law firm and ranges from $750 to $2500.   Firms with less than three hundred attorneys are eligible to join for $750.

The MCP hosts two annual meetings which include CLE presentations, professional development sessions, networking receptions and roundtable discussions—all of which will include participation by in-house counsel.  Previous meetings have been limited to members of the MCP.  I have been informed by the ABA that non-member attorneys will now be allowed to attend these events for a registration fee.

I suspect that the Minority Counsel Program will see increased membership and increased participation as a result of the new changes.  If implemented with proper planning and defined measurable goals, the changes may provide opportunity  for the development of meaningful relationships between ethnically and racially diverse lawyers and corporate representatives who control legal spending.  If implemented without measurable goals and objectives, the new enhancements may prove to be little more than a feel good gathering of individuals with good intentions.   As for me, I will do all that I can to assist in the program’s success.

The Defense Research Institute commissioned Smock Sterling Strategic Management Consultants to perform a study on the future of litigation.  A pdf of the study report can be downloaded here.    The report provides an interesting and informative overview of the future challenges to the jury trial system.   Among other things, the report provides insight into future practice trends that should be beneficial to lawyers planning their practice emphasis and future goals.  Kudos to DRI for publishing this report.

The Minority Corporate Counsel Association (MCCA) was founded in 1997 to promote the hiring and retention of minority attorneys by corporations.   They recently published a story titled Leading Law Firm Rainmakers — 2009.   This story details the success of fourteen diverse attorneys  who have managed to develop strong books of business.

This story is worth the time to read it. 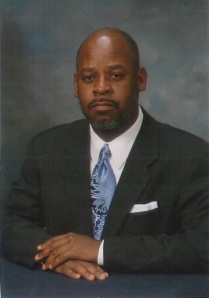 If you have a position on how  the current “diversity” debate can be transformed into action which can impact your practice and others, please subscribe to this blog and participate in the date.   Minority defense lawyers who remain silent during the “diversity” debate are surrendering the fate of their practice and the fate of their future to the unknown.

I look forward to communicating with you in the days and weeks to come.